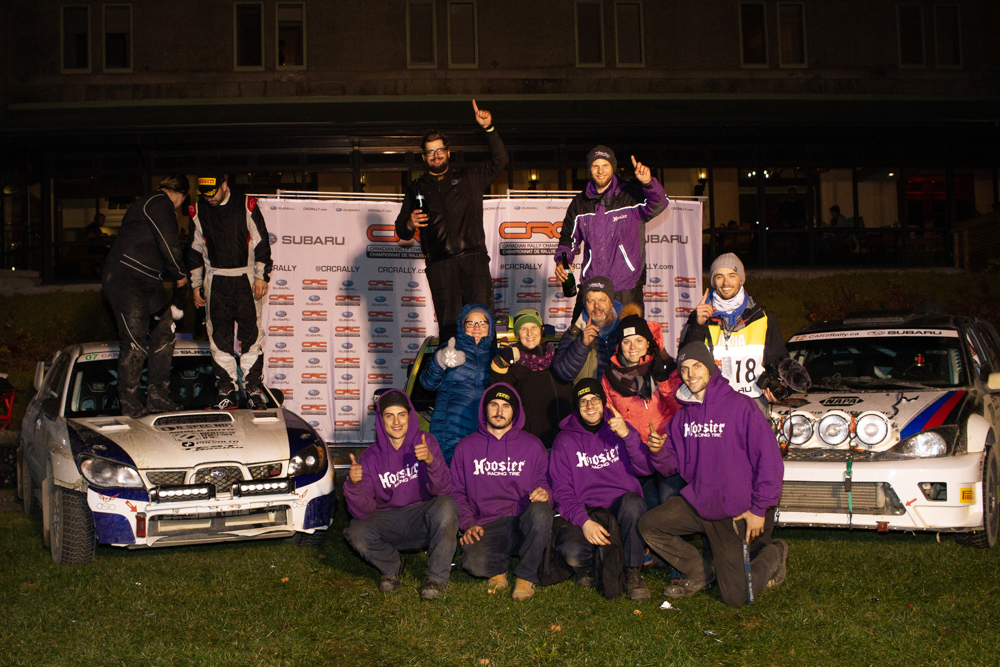 Text from the Laverdière Rally Team

After two seasons having problems and bad lucks, more than one year without doing a gravel rally and for the first time in a open class car, Nicolas Laverdière & Vincent Trudel won the 2019 Rally of Charlevoix. The team was also running for the RSQ championship, that they won as well during this rally.

So much efforts finally repaid

All those long hours working on the car, organizing everything about rally, working on the marketing of the team, we finally got it! We were not expecting that at all so it’s a wonderful thing to encourage us to continue in this direction.

First, you need a reliable car

The priority of the team has always been to have reliable car, so of course, it was still our objective during the transition to the Open Class. With this rally, we can say that the car passed the test. During the services, the team simply had to inspect everything make sure nothing was broken before Nicolas & Vincent went back attack the stages.

Using the Hoosier tires knowing that it was the right choice

Hoosier provided us with medium compound tires to make sure we had the best tool for the rather cold conditions in the region of la Malbaie. These tires helped us doing the fastest time is a few stages but most importantly doing ZERO flat tire which is rather rare.

A lot a firsts…

Since the beginning of his rally career, Nicolas was able to make his mark in every class of the Canadian Rally Championship. In the beginning, when he was racing with his sister, he won a couple of events in the production class in a production Honda Civic. Then he upgraded to the Open class 2 wheels drive, in which in won as well. Then here won in the Mitsubishi Evolution in the production class. Then this week-end him and Vincent did it again in an open class car, winning the overall title.

This victory at 25 years old makes Nicolas the 2nd youngest driver to ever win a CRC event. This youngest is the 6 times Canadian Champion Frank Sprongl who is 6 times Canadian Champion. It was also the first time that Nicolas and Vincent were first on the road which can be hard for some. This didn’t stop them from winning a couple of stages (which also was a first). The pression was high, whether to push hard or to play it safe. They were able to stay in between and win the event.

The only problem that happened this weekend was the external light pod that stopped working during the last pass of the Bataram Stage. We had to finish this stage as well as the two Clermont pass with the OEM lights only. Other than that minor thing to repair, we will do a good check up of everything in the car and we will be good to go at the Tall Pines Rally next month!

What the videos from this event here